Landmark by the Rivers, in the heart of downtown La Crosse, began as a manufacturing facility in the early 20th century and was redeveloped into a mixed-use space after sitting vacant for over twenty years. The adaptive-reuse renovation includes luxury loft apartments, tenant common areas, office space, and commercial storefronts within a 65,000 square foot building that is listed on the National Register of Historic Places.

Atmosphere partnered with Dimension IV to recommend and provide furniture for the tenant common areas and management corporation office space, blending modern styles with the industrial and historic aesthetic of the building. We’re thrilled to have been a part of this award-winning project that serves as an anchor to the north side of the downtown district. 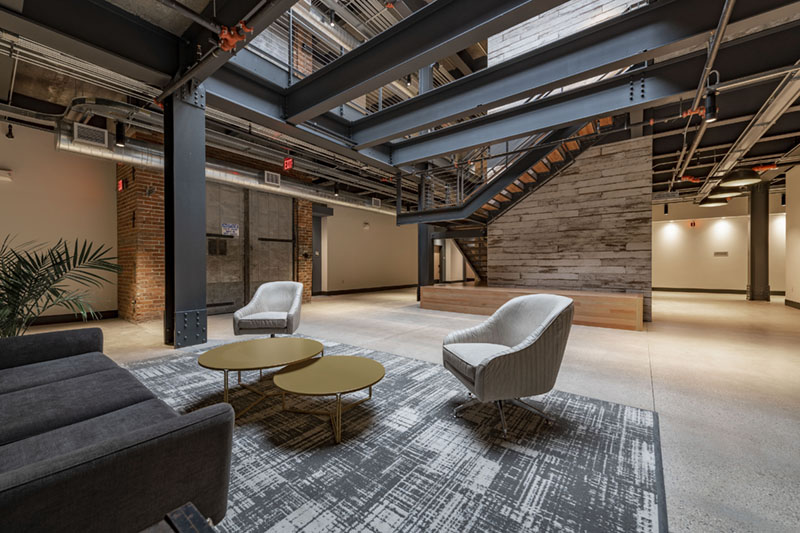 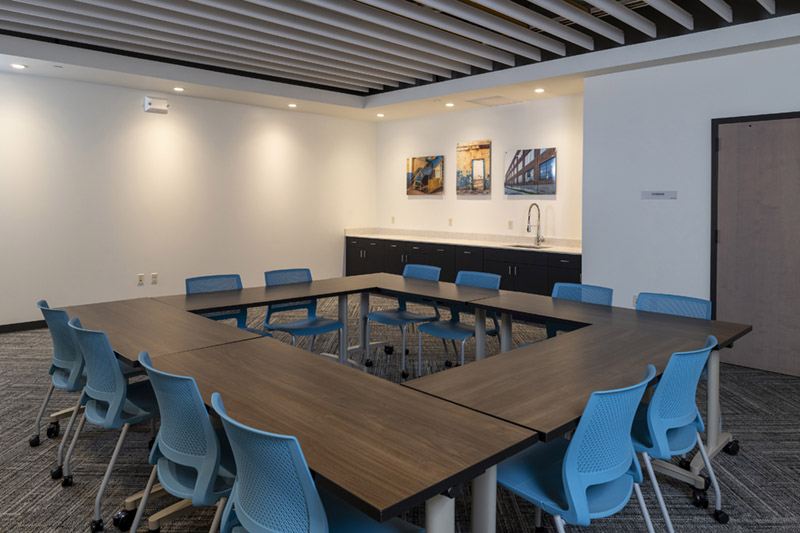